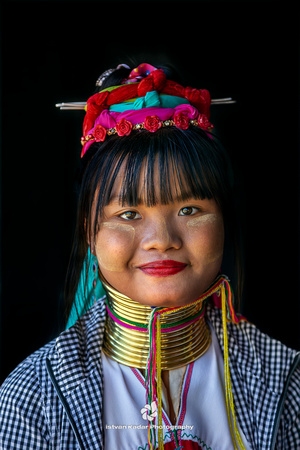 The different cultures in which neck rings are found have varying symbols attached to them. For some, the rings indicate wealth and status. For others, they are a symbol of the faithfulness of a wife to her husband. They are also viewed as a fashion accessory, and the gracefully long neck is seen as beautiful and desirable.

Thanaka is the mustard yellow paste seen on the faces of many Burmese men, women, and children. For over 2,000 years, people have been using this paste as an anti-inflammatory and helps with acne as well as a cooling agent on things such as sunburns. Thanaka comes from the tree bark of the thanaka tree.
© Istvan Kadar Photography
User Agreement
Cancel
Continue