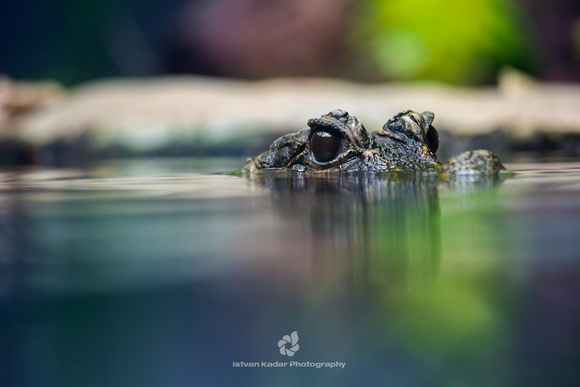 The Dwarf Crocodile is a nocturnal and generally solitary animal that hunts for small prey both in the water and on the banks in the dark. It is a cold-blooded animal meaning that it has to sunbathe to warm it's body up to give it the energy to hunt, and enter the water in order to cool it down. When in the water, Dwarf Crocodiles sink their bodies down below the surface so that only their eyes and nostrils are exposed so they are able to hide from potential predators and ambush unsuspecting prey.

Today, the Dwarf Crocodile is listed as being an animal that is Vulnerable in it's natural environment with an estimated 25,000 - 100,000 individuals thought to be left in the wild.
© Istvan Kadar Photography
User Agreement
Cancel
Continue