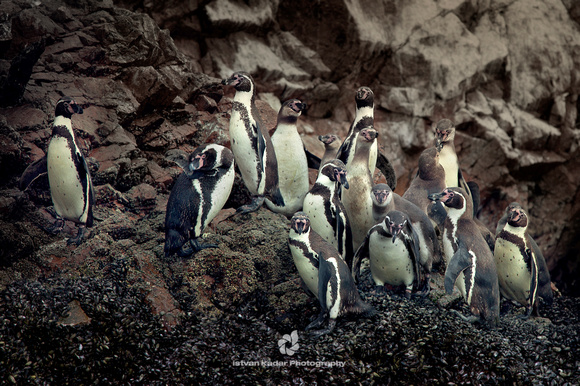 The Humboldt penguin is often called the Peruvian penguin, although they are also found in Chile. It is found on the rugged coast and offshore islands of Chile and Peru. The name Humboldt came from the early European explorer that first saw these animals.
Humboldt penguins had lived undisturbed in their habitat for thousands of years. Within the last 100 years their droppings have been used as fertilizer. These droppings are called "guano". Mining the guano has caused serious damage to their habitats. Today the Humboldt penguin is endangered. There are as few as 10,000 birds in the wild today.
© Istvan Kadar Photography
User Agreement
Cancel
Continue