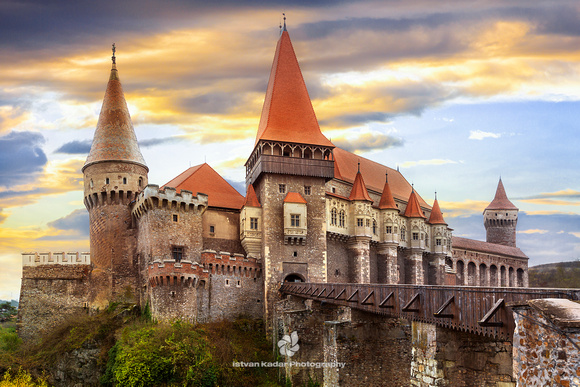 Hunyadi János (John Hunyadi) was a leading Hungarian military and political figure in Central and Southeastern Europe during the 15th century. He started the construction of this magnificent castle. Later, the castle belong to his son Matthias Corvinus, one of the greatest kings of Hungary.
© Istvan Kadar Photography
User Agreement
Cancel
Continue