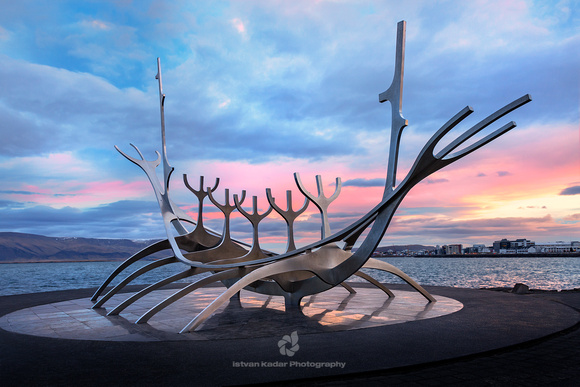 The gleaming steel sculpture on Reykjavik’s splendid waterfront that resembles a Viking long-ship is the ‘Sólfar’ or ‘Sun Voyager.’ The striking landmark was created by Icelandic sculptor Jon Gunnar Arnason.

It is a common misunderstanding that Sun Voyager is a Viking ship. It is quite understandable that many tourists think this when travelling in Iceland, the land of the sagas. Nonetheless, it should be stressed that this was not the original intention. It is a dream boat and an ode to the sun. Intrinsically, it contains within itself the promise of undiscovered territory, a dream of hope, progress and freedom.
© Istvan Kadar Photography
User Agreement
Cancel
Continue