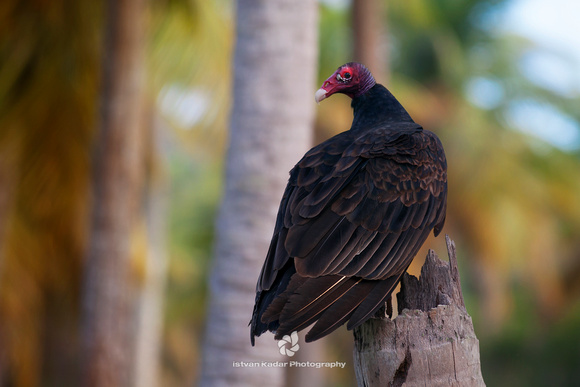 Turkey Vultures (Cathartes aura) range as far north as the southern border of Canada and as far south as Tierra del Fuego, Chile.

Turkey vultures preferentially feed on smaller carcasses, but will feed on dead animals of any size. They prefer freshly dead carcasses but cannot get through the thick skin of larger animals, so must wait for some decay to enable entering body cavities.

Turkey vulture chicks and eggs are preyed on by mammalian nest predators, such as raccoons. Young and adults are sometimes preyed on by owls. Although turkey vultures have few natural predators, they are known for their defense mechanism of regurgitating semi-digested meat--which deters most predators due to its putrid smell.

Because turkey vultures are major consumer of carrion, they play an important role in biodegradation.