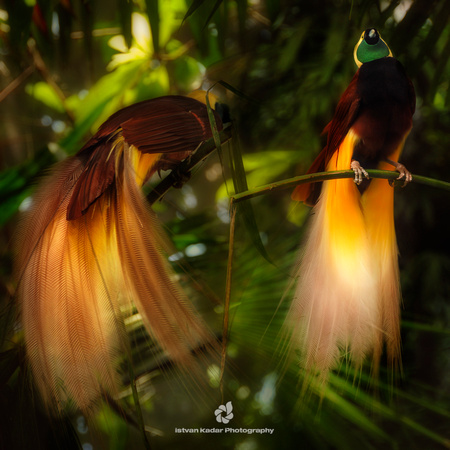 The Greater Bird-of-paradise is probably the most amazing looking bird.
The plumage of this species is also sexually dimorphic. The male has an iridescent green face and a yellow glossed with silver iridescence crown, head and nape. The rest of the body plumage is maroon-brown. The flank plumes, used in displays, are yellow at the base, turning white and streaked with maroon. The female has unbarred maroon brown plumage. In both sexes the iris is yellow and the bills blue.