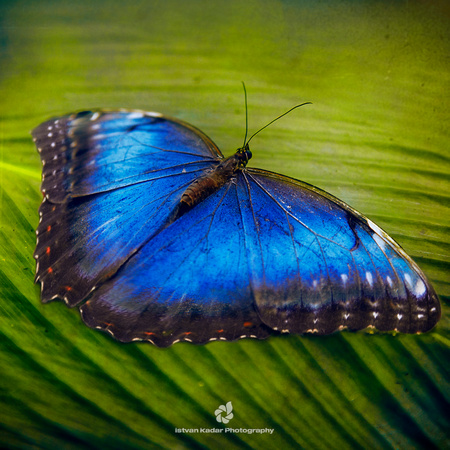 Blue morphos live in the tropical forests of Latin America from Mexico to Colombia.
The blue morpho is among the largest butterflies in the world, with wings spanning from three to eight inches (7.5–20 cm). Their vivid, iridescent blue coloring is a result of the microscopic scales on the backs of their wings, which reflect light. The underside of the morpho’s wings, on the other hand, is a dull brown color with many eyespots, providing camouflage against predators such as birds and insects when its wings are closed. The males’ wings are broader than those of the females and appear to be brighter in color.

The blue morpho’s entire lifespan lasts only 115 days, which means most of their time is spent eating and reproducing.
© Istvan Kadar Photography
User Agreement
Cancel
Continue