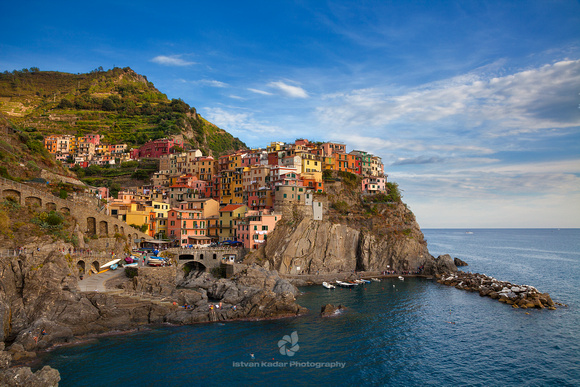 Manarola may be the oldest, second smallest of the famous Cinque Terre towns.
It was first mentioned in 1261. It is believed to have been founded by the inhabitants of Volastra a village that existed already in Roman times. Volastra is located above Manarola, on top of the hill, and in Roman times travellers used to change horses here. The residents of Volastra farmed the surrounding terraces, planted olive, lemon and chestnut trees, as well as vines, then in the 12th century part of the population moved down to the sea and founded the village of Manarola.
© Istvan Kadar Photography
User Agreement
Cancel
Continue