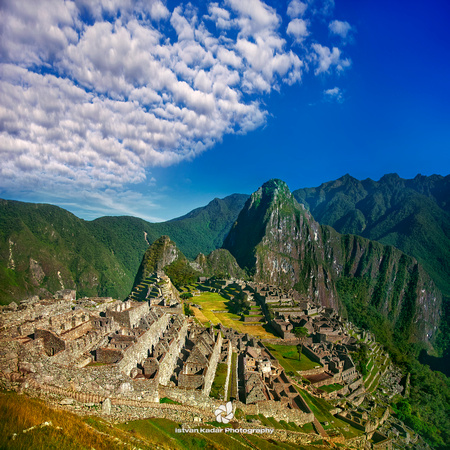 Machu Picchu is possibly the most famous archaeological site in all of the Americas, and is also one of the most beautiful places anywhere on earth. It is often referred to as the Lost City of the Incas because it lay undiscovered until 24th July, 1911.

Machu Picchu was built by the Incas during the 15th century but was mysteriously abandoned.
Archeologists believe that Machu Picchu was built, occupied and abandoned all within the space of about 100 years and it didn’t take very long for the jungle vegetation to completely reclaim the mountain and hide the existence of the city for hundreds of years.

The site was never looted by the Spanish, and it is therefore the best-preserved Inca complex in existence.
© Istvan Kadar Photography
User Agreement
Cancel
Continue