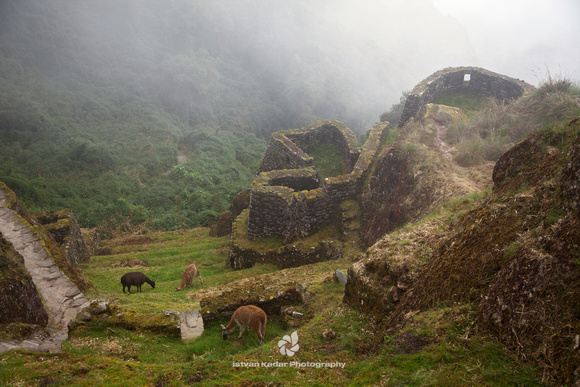 With has only one entrance, a stairway up to the small city, Sayacmarca (means 'Inaccessible Town') is called a fortress. There are two parts, a temple of the Sun (a solar observation post) and a residential half.
The ruin was originally build by the Colla, the biggest enemy of the Incas before they became kings of the Peruvian highlands. The Incas improved the site that had only one weakness: there is not room for agriculture. A small ruin next to Sayacmarca functioned as the farm of this small city where only 200 people could live. This spot was perfect because of its strategy and inside people and religion can live in perfect harmony.