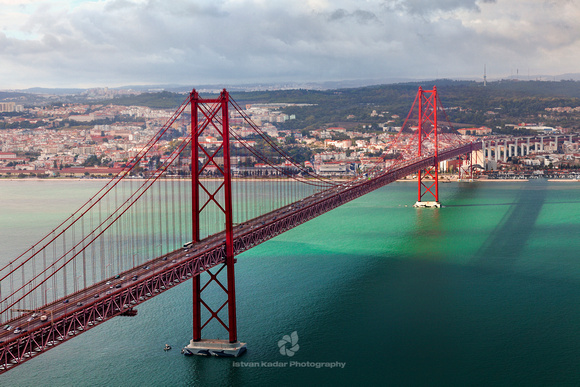 The Ponte 25 de Abril suspension bridge is one of Lisbon’s most notable landmarks as it spans the River Tagus at the narrowest point. The suspension bridge connects Lisbon, on the north bank, with the commuter districts of Almada on the south bank.

The bridge, which bears such a striking resemblance to its San Franciscan twin, was in fact built by an American Bridge Company, the company who constructed San Francisco’s Bay Bridge (not the Golden Gate Bridge).

The Ponte 25 de Abril bridge was completed in 45 months and inaugurated on the 6th August 1966. The bridge was originally named Ponte Salazar (name of the former dictator who built the bridge) but after the bloodless revolution in 1974 the name was changed to the date of the revolution and symbolically the brass name of the bridge was replaced.
© Istvan Kadar Photography
User Agreement
Cancel
Continue