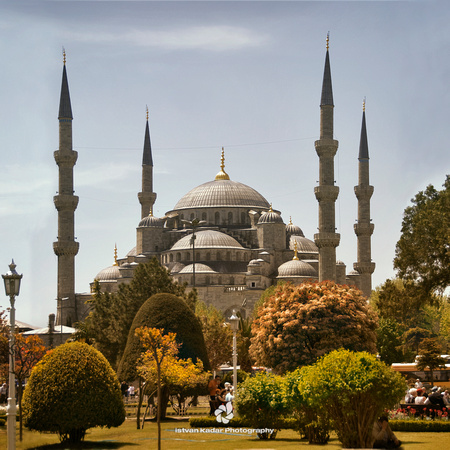 The Sultan Ahmed Mosque is an historic mosque in Istanbul. The mosque is popularly known as the Blue Mosque for the blue tiles adorning the walls of its interior. It was built from 1609 to 1616, during the rule of Ahmed I.

Large crowds of both Turks and tourists gather at sunset in the park facing the Blue Mosque to hear the call to evening prayers, as the sun sets and the mosque is brilliantly illuminated by colored floodlights.
© Istvan Kadar Photography
User Agreement
Cancel
Continue