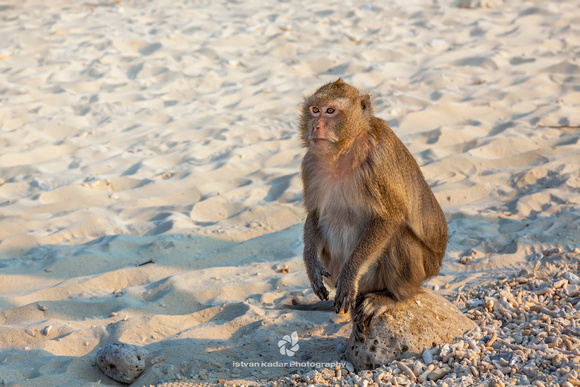 Macaque Sitting on the Beach at Monkey Island, Vietnam

Monkey Island, under the management of Cat Ba National Park, has been included in tourist attraction point for many years. It used to be called Cat Dua island because of the presence of a large number of wild pineapples. The name was later changed to Monkey Island as dozens of macaques introduced for tourism and they often come to the beaches to play with tourists.

Almost all of the monkeys in Cat Dua are brought here by the wanderers. They are thus quite bold with the locals and tourists. They even seize food right from tourists' hands and might bite if provoked. However, it is the untouched uniqueness that makes the island become famous, alluring a large number of tourists going to Cat Ba.
© Istvan Kadar Photography
User Agreement
Cancel
Continue