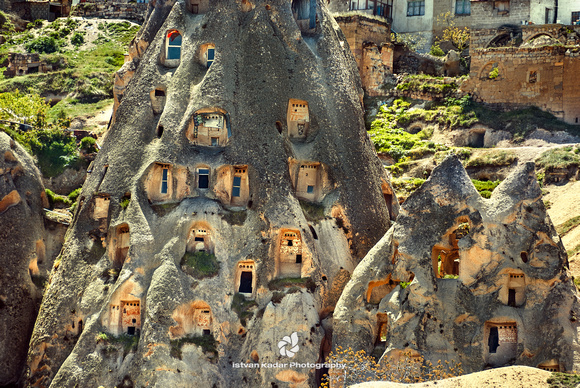 Homes in the Soft Rock of Cappadocia

Erosion shaped the incredible landscape of the Göreme valley in Turkey, but thousands of years ago humans took a cue from Mother Nature and began carving an incredible chamber and tunnel complex into the soft rock. Beginning in the fourth century A.D., an urbanized—but underground—cultural landscape was created here.

The rocky wonderland is honeycombed with a network of human-created caves; living quarters, places of worship, stables, and storehouses were all dug into the soft stone. In fact, tunnel complexes formed entire towns with as many as eight different stories hidden underground.
© Istvan Kadar Photography
User Agreement
Cancel
Continue