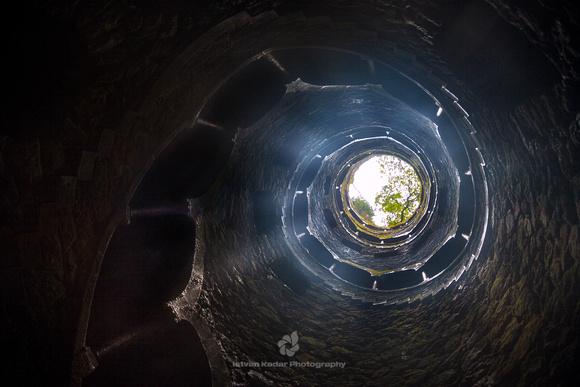 Looking Up from the Initiation Well of Quinta da Regaleira