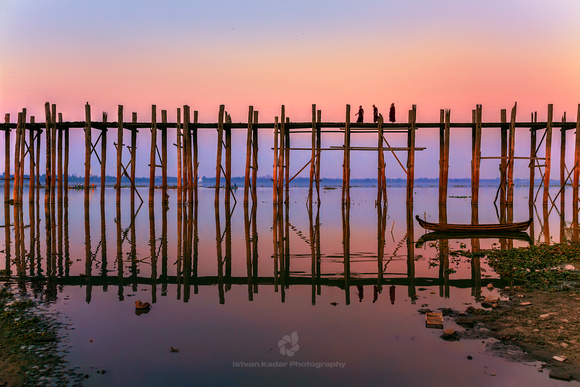 The unique U Bein Bridge is a beautiful 1.2 kilometre-long structure built from teak planks and said to be the longest of its type in the world. In 1857, when the capital moved from nearby Amarapura to Mandalay, the local mayor (named U Bein) salvaged wood from pieces of the dismantled teak palace and reconstructed it into this magnificent bridge.

The bridge's attraction is not simply in its elegance, but that it remains a central part of the community, with hundreds of locals and saffron-robed monks walking their bicycles home along it, and fishermen going about their daily work in its shadow.
© Istvan Kadar Photography
User Agreement
Cancel
Continue