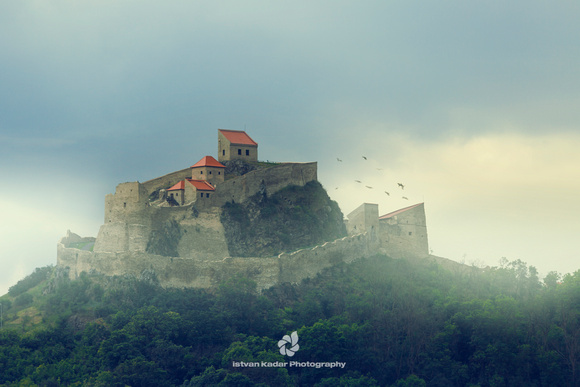 During the 14th century, the Saxons found the fortress destroyed and built on its ruins, on several steps, a peasant fortress. They named it: Reps (much later the Hungarians named it Kőhalom, meaning "rock heap"). It was for the first time mentioned in a document (castrum Kuholm) from 1324, referring to the old Saxon peasant fortress situated on the basalt rock on the northwest side of the town.

In the 17th century, the walls of the "Lower Fortress", provided with loopholes, rose 4-5 meters high, and there were also an entrance tower and a portcullis. In 1623, a 41 meter-deep well was dug.
© Istvan Kadar Photography
User Agreement
Cancel
Continue