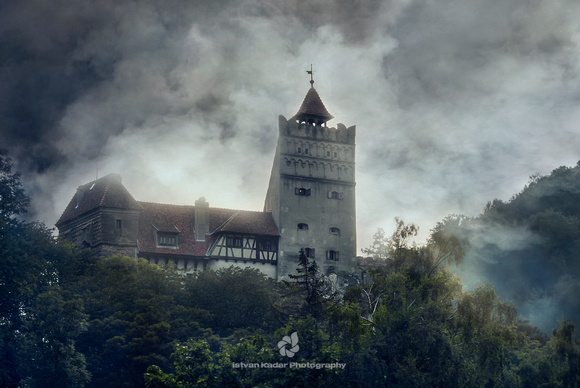 Commonly known as Dracula's Castle, Bran Castle was originally built as a stronghold by the Teutonic Knights in 1212. The first documentary attestation of Bran Castle is the act issued by Louis I of Hungary on November 19, 1377, giving the Saxons of Kronstadt (Braşov) the privilege to build the Citadel.
The building started in 1378 as a defense against the Turks, and later became a customs post on the mountain pass between Transylvania and Wallachia.

In addition to its unique architecture, the castle is famous because of persistent myths that it was once the home of Dracula; however, there is no evidence that he ever lived there. According to most accounts, Dracula spent two days in the Bran dungeon.
© Istvan Kadar Photography
User Agreement
Cancel
Continue