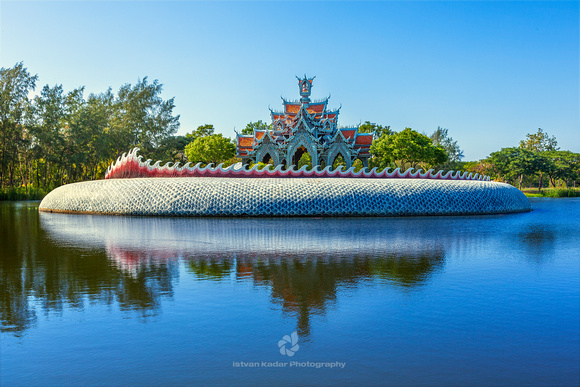 One of Muang Boran's highlights is the Sumeru Mountain Palace. The Sumeru Mountain feature represents the centre of the Universe according to Thai cosmology, which is supported by the giant Ananda fish, keeping it above the waters of the Cosmic Ocean.
This fish from Hindu mythology, according to legend, she lives in the endless spaces of space, and one movement of the tail is capable of causing an earthquake and tsunami.